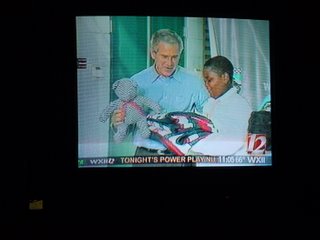 For you who were out of town or didn't watch the news...President Bush paid the Triad of North Carolina another visit. He toured one of the local schools, ate a Southern Barbeque plate with all the fixins at Stamey's in Greensboro and then was off to Randleman and PETTY Country. 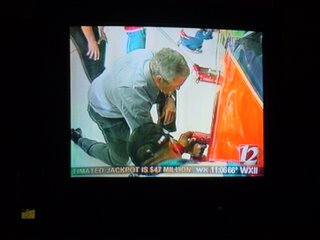 The President paid tribute to the VICTORY JUNCTION GANG CAMP by paying them a visit and spending time with the kids there. WBFJ toured there a few months back and we agree with the President..they are doing a great work! (Note: thanks to you wbfj raises over $7000 during the fair to help send kids to the camp). President Bush did a little quick two-handed tire change while at the camp... 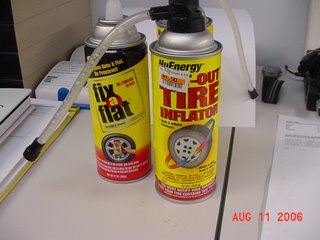 Mr. President,next time I respectfully suggest you make the the tough decision and go with FIXAFLAT...I say tough decision because "the can" is not popular with mechanics but FIXAFLAT does work and its fast as NASCAR! 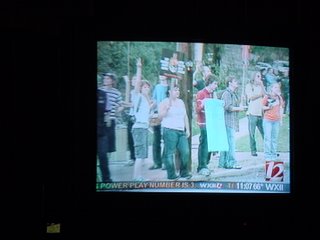 Out of all the thousands of people in North Carolina who like the President there were a about a hundred or less gathered from around the state who apparently don't.(Didn't talk to any personally so I can't say..just watched the news). 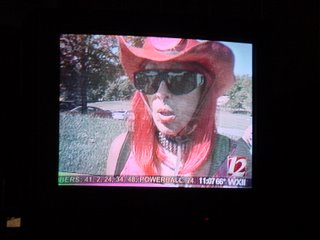 And the
protesters
had a
spokesperson.