I saw where die hard gamers were waiting in line for the new SONY PS3 so I decided to drive by and catch a few shots for my blog...inquiring minds want to know....you know.

These folk got it bad!

As my eyes started scanning the crowd I was even feeling a little sorry for the gamers waiting in line because there's only a few available at each store... But down deep I was thinking, "nobody I know would put themselves through all this for a $600 game..." 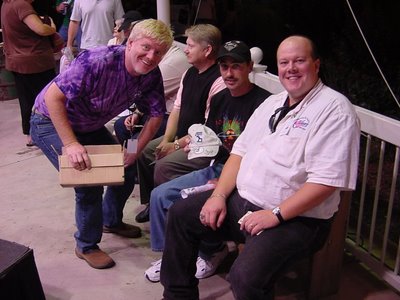 I can't believe THIS

And then my jaw dropped... when I saw who was waiting.

Darren I can figure...he wants to get a PS3 and sell it on ebay. BUT WD...just can't figure that one!

(And that was a little bold guys to bring your own bench...