In search of Donna Rosanne...

From time to time you have asked..."Where is Donna Rosanne from the morning show a few years ago?"

and until now my answer has been..."Donna, husband and girls have moved to Augusta."

but rumors floating around say Donna, John and the family have moved back home to North Carolina.

You know papa john's place does not put any faith in rumor so my assistant (Judy-code name Baby Baby) and I set on a search for the truth...

Where in the world is Donna Rosanne?

We received this Christmas card from "Rosie" and the family..nice pictures of the girls...they are all grownup and have repented from hiding my shoes when they were little girls hanging around the station. A zipcode on the postmark gives us a beginning for our search. 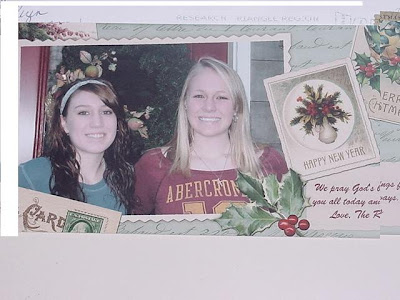 My assistant Judy did a search on anywho.com and determined we should head to the capital of Chatham county... 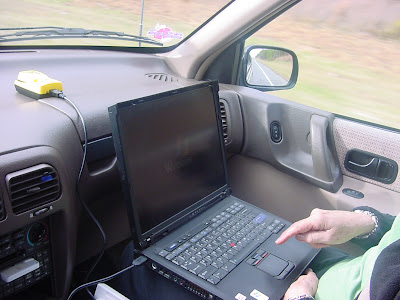 Baby Baby hooked up her GPS and directed me to Highway 64... 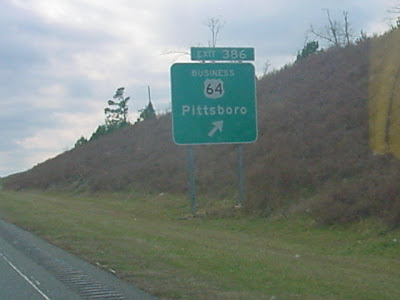 After an hour or so we saw exit 386...I started getting really happy..."THis is going to be a piece a cake!" 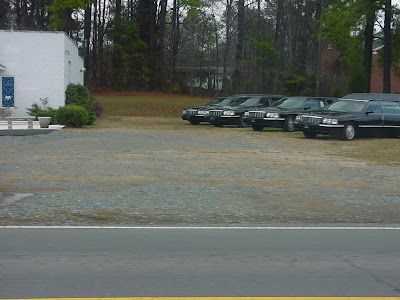 Heading into town I spied some limos and decide to stop and see if they ever heard of the Roseannes since they are known to be formal party people...

BUMMER! Turned out to be the funeral parlor... my countenance fell! 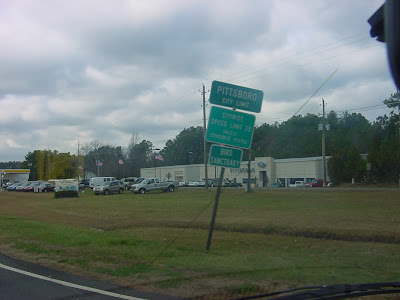 As we hit the city limits my excitement returned... the speed limit sign was leaning... I shouted out ..."PAYDIRT!

Bet Donna did that trying to dodge one of the many wild deer in the area. Yeah!"... 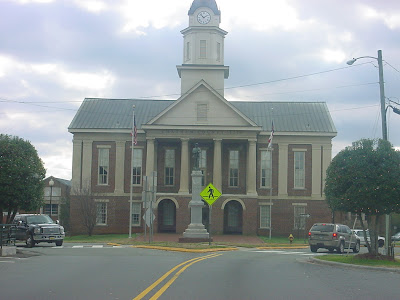 A few more minutes and we were in the heart of the capital city...beautiful courthouse filled with lots of helfpful info about the Roseannes but unfortunately for us..."CLOSED FOR THE HOLIDAYS".

This is going to be a little harder than I expected!
. 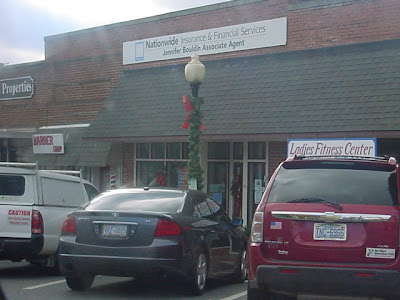 One block up we had a breakthrough... I spotted the Nationwide agent.

Surely they would know Donna... with her driving record and all. "CLOSED for holiday"...MAN!

Now getting desperate...Judy suggested I go next door and check out the Ladies Fitness Center.

They had heard of Donna... some of the girls even remembered Donna as a bit of a trouble maker in Sunday School as a teen when she tried to convince the pastor to add "KUM BA YAH" and other contemporary tunes to the hymnbook...

but none knew where she was now.

They suggested I try the "Y". 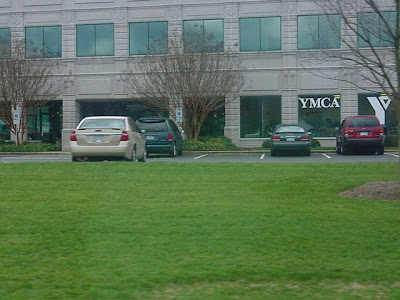 Sure enough... the "Y" had some Roseannes on file and gave me a few numbers I could try... 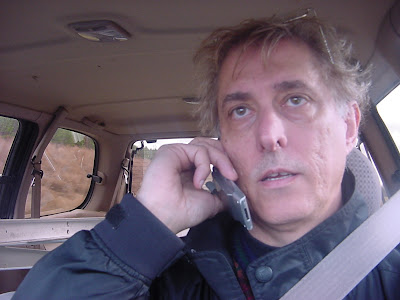 I was getting frazzled! I tried several numbers but nothing... until the last one.

got a wrong number and ended up talking to someone at Glosson's Chicken Ranch. They knew of Donna and said they heard she lived on one of the major highways near the city. I thanked them and headed back downtown.

Only one problem... we quickly learned there are major highway going in every direction! And those little round blue "Evacuation Route" signs everywhere bothered me. Is there something they're not telling us? 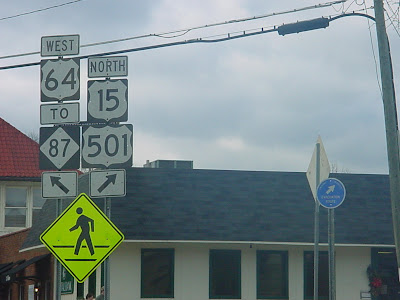 It was getting late and I was giving up fast. Donna where are you?!!!

Judy came up with a great idea as usual...

"Let's go down the road to Siler City... maybe we can find Aunt Bea's homeplace. We can look for Donna later when we have more time." 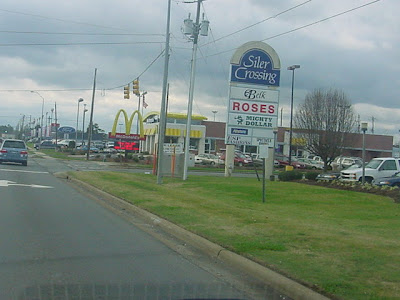 Turned out to be a great idea... first thing, I spoted a thrift store and a "MIGHTY DOLLAR" dollar store...